Quake III Arena is a critically acclaimed, multiplayer-focused, arena first-person shooter developed by id Software and released in 1999. *Quake III Arena now includes the main game and Quake III: Team Arena expansion pack. Welcome to the Arena. The greatest warriors of all time and space have been summoned to battle for the amusement of an ancient alien race. Wield a variety of guns and power-ups as you fight for glory against ruthless combatants in high-tech and gothic arenas in this fast-paced, skill-based single-player and multiplayer FPS. Compete in fast-paced multiplayer action for up to 16 players. Play offline in single-player mode with AI-controlled bots. Enjoy exciting modes including Free for All (FFA), Team Deathmatch (TDM), Tournament (1v1), and Capture the Flag (CTF)
Experience thirty-five unique, gothic and sci-fi-infused arenas. Wield twelve powerful and unique weapons Team Arena Expansion Pack. In this team-focused official expansion pack for Quake III Arena, choose one of five clans (The Fallen, Pagans, Crusaders, Intruders, and Stroggs) and fight for dominance. Master your clan’s strengths and weaknesses across a variety of new modes and arenas. Warriors once alone must now join forces and face the Arena as one. 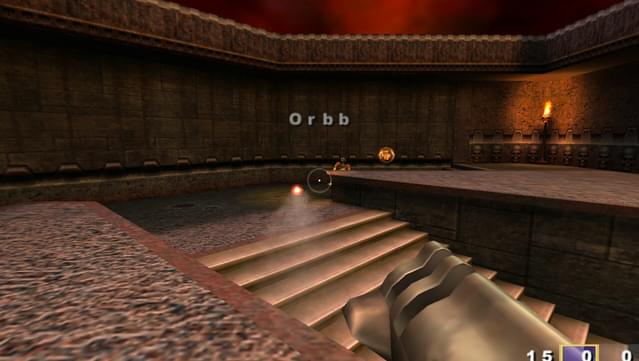 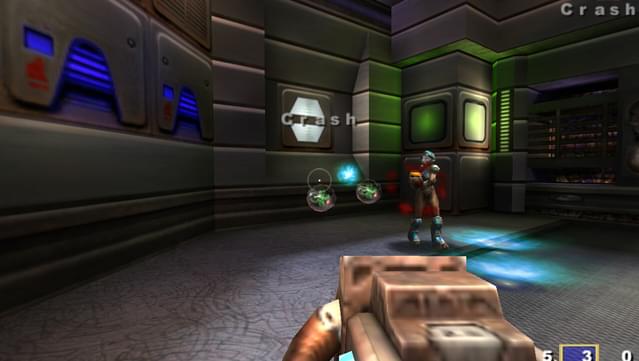