About Close Combat 3: The Russian Front

Command a fire brigade of soldiers on the Russian Front in this real-time strategy game set in World War II featuring unequaled detail, realism and scope. Player as either the Soviets or Germans as you orchestrate your squads’ attack, defense, and survival over four grueling years of the grandest and bloodiest war the world has ever seen. To succeed, you must guide your man through the moral dangers of war while physically an psychologically defeating your enemies. Your soldiers are counting on you. Don’t let them down! Command the same men throughout the entire four-year campaign – from the initial German invasion of Operation Barbarossa to the pivotal Russian victories at Moscow, Stalingrad, Kursk, and Berlin. Or rewrite a chapter of the history by rallying your German troops to take Red Square. Over 300 specialized squads – 100 weapons, 60 soldier types, and 60 distinct vehicles and antitank guns. Including 120 mm mortars, flame-throwers, rocket launchers, half-tracks and off-map heavy artillery barrages. Manage your squads by resting, refilling, and upgrading them between battles. Follow each soldier as he progresses from green rookies to seasoned veterans and advance in rank to command more units. Create your own “what if” scenarios with Close Combat III’s enhanced Scenario Editor. Craft single or multi-map battles and set deployment zones, objective locations, requisition points, and available units. 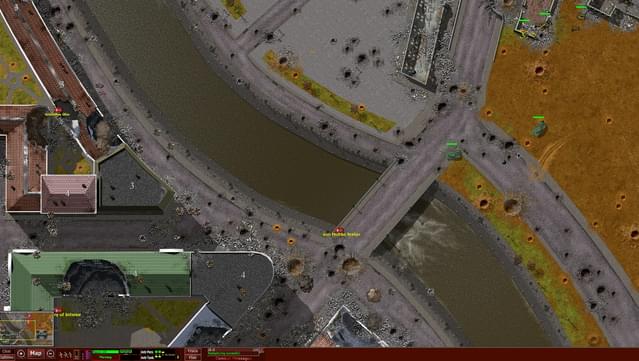